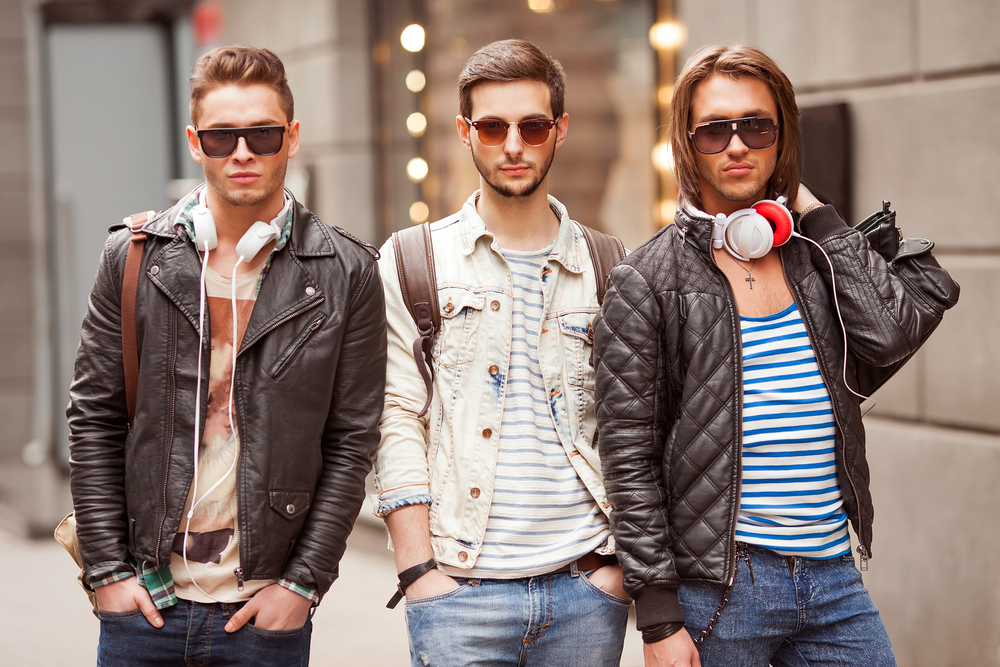 We’ve all been there; assuming an air of nonchalance while perusing the haircare aisle for what seems like hours, adding a few hundred more steps to your Fitbit as you try to figure out which hair products are right for you. Buying the wrong product for your hair type can actually have adverse effects, turning a bad hair day into an entire decade.

At The London Grooming Company, we offer private browsing and queueless shopping in the comfort of your home, away from the judgy eyes of store clerks and customers, and most importantly, our high-quality products are sophisticated, authentic, sulfate-free and made exclusively for the discerning gentleman. 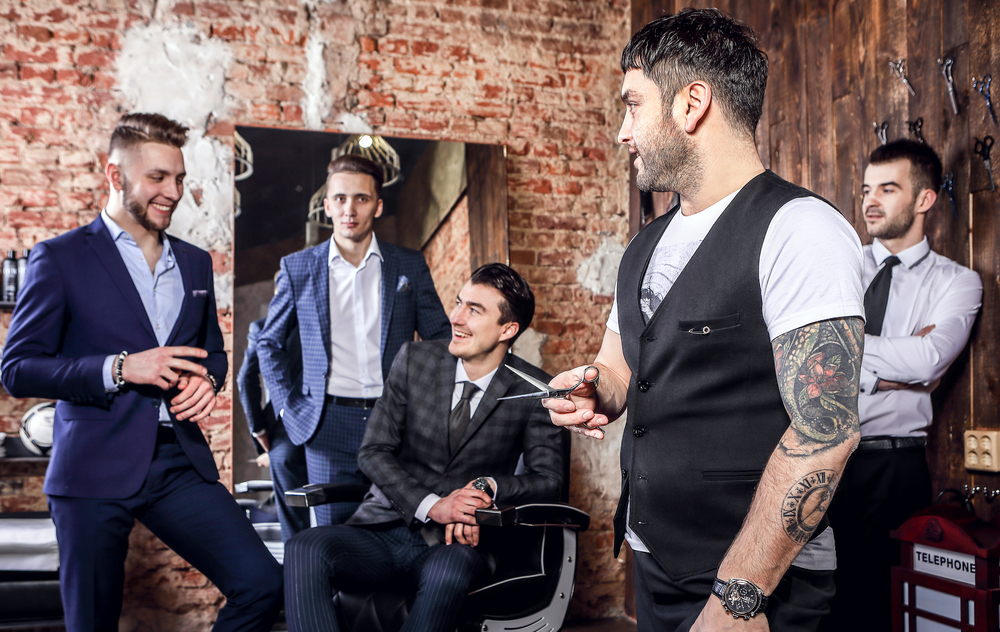 As grooming connoisseurs, we understand how different types of hair react to different products, so before you have an impulsive ‘add to cart’ moment, wade through our expert advice on which London Grooming Company product will suit your hair. 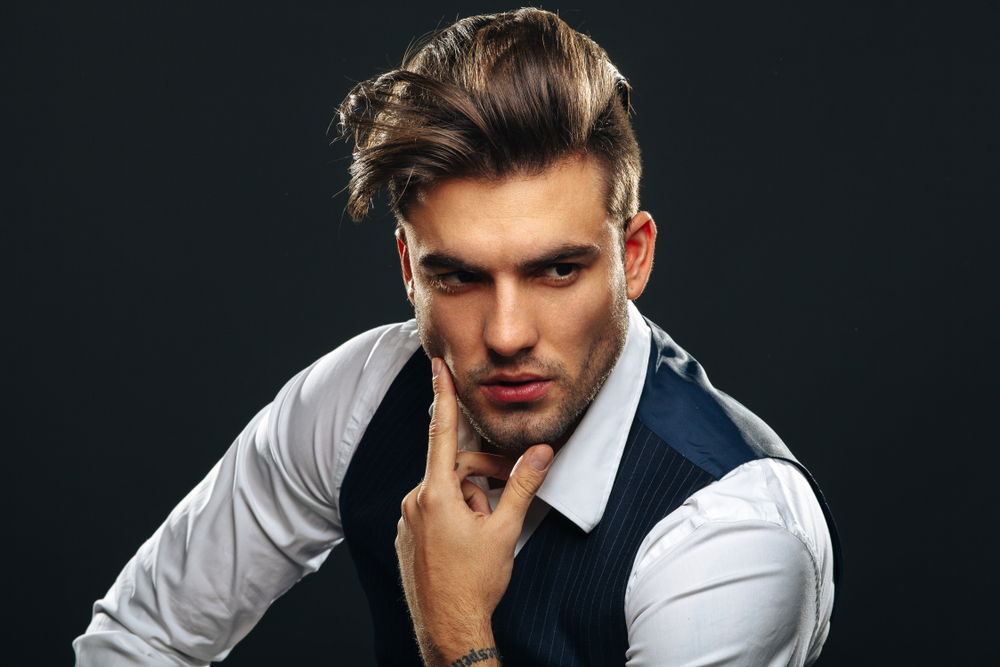 While some may define straight hair as boring and nondescript, your options are unlimited; they’re all just secretly jealous of your linear locks. Almost any type of hair product works for straight hair, depending on the style you choose. 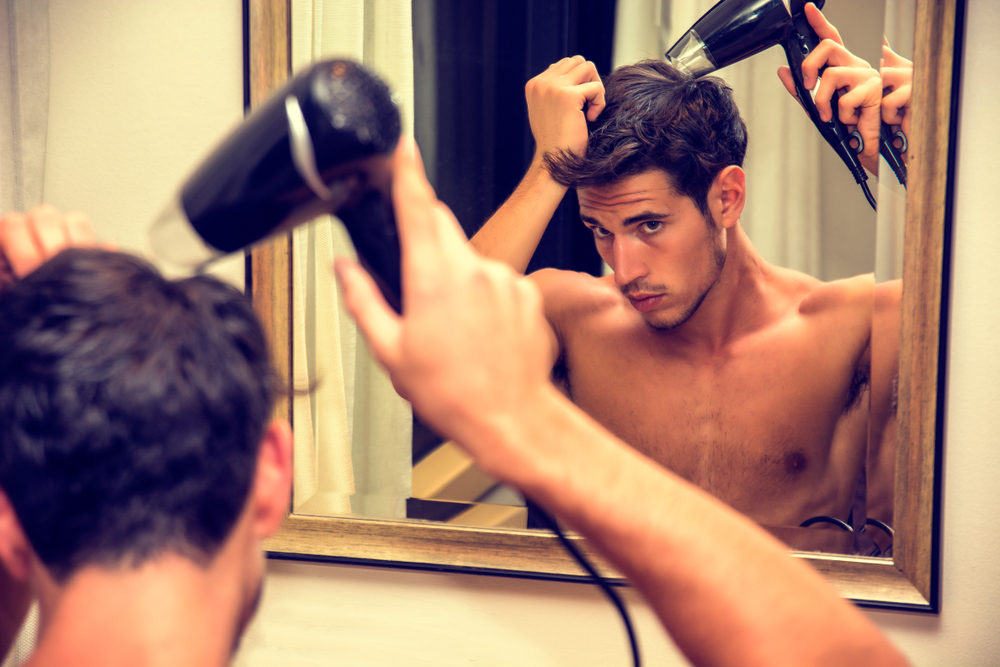 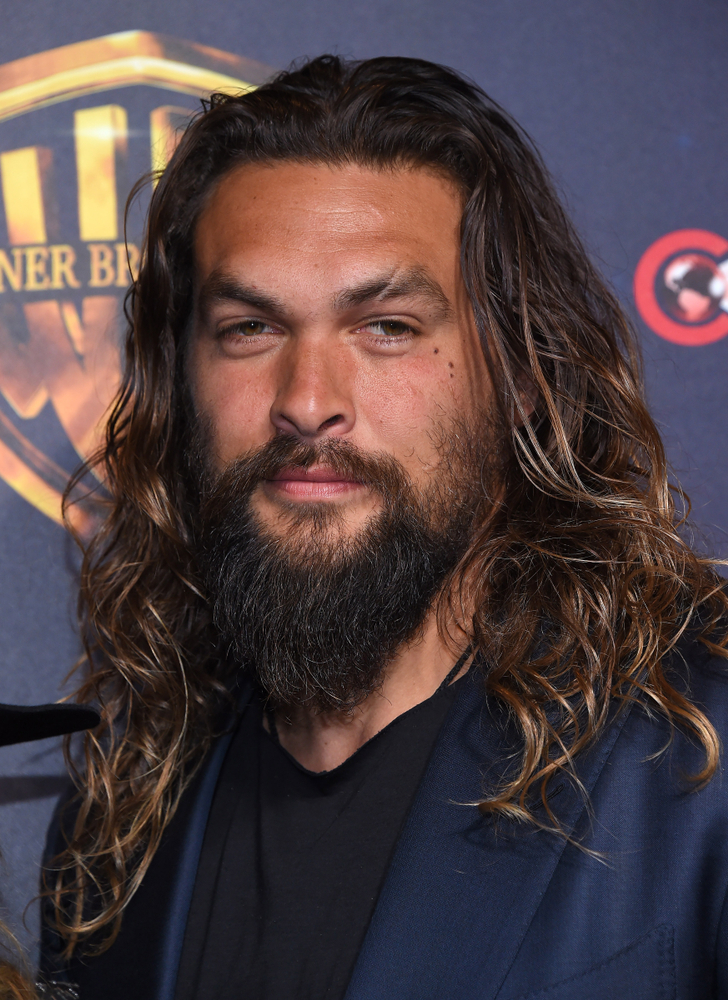 The more luxurious of hair textures also tends to be a lot drier. Selecting the correct grooming products will give a dull and tedious mane an ‘Aquaman’ makeover. Jason Mamoa = Ultimate Hair Goals. 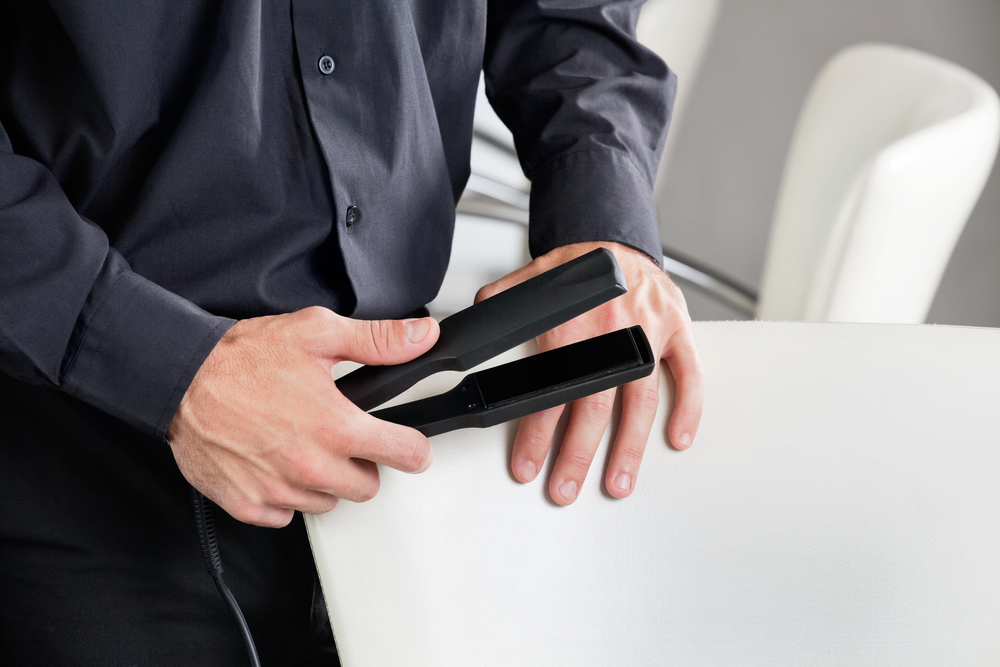 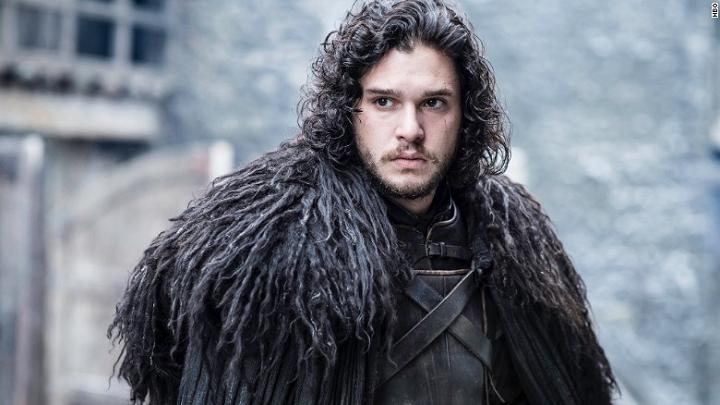 To outsiders, your hair may indicate a carefree, bohemian lifestyle, however, our curly-haired comrades can transform their look from cool to classic or conservative in minutes when equipped with the proper styling products and haircut. 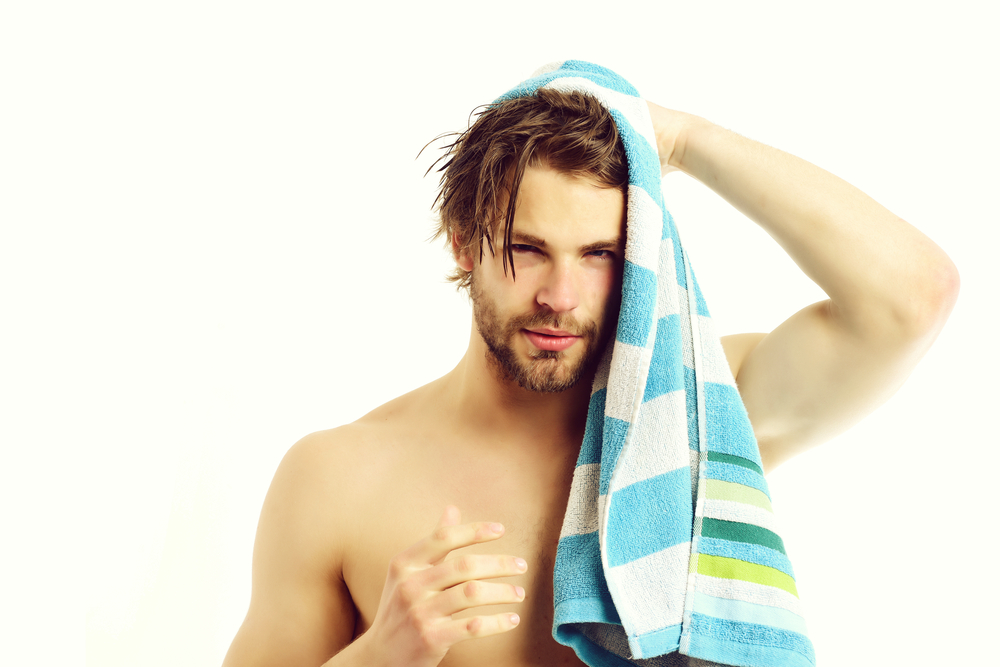 Now that you’ve got the right grooming products and tools for your hair type, it’s time to simply comb, apply, style and conquer!

As with fashion and politics, hairstyling history often repeats and reinvents itself with new and innovative ways of wearing age-old cuts and coifs. We delve into the most definitive men’s hairstyles of the last sixty years and how they’ve evolved into more wearable, modern looks.

This eyebrow-grazing look was inspired by none other than the swoon-inducing, knee-weakening rock band of the 60s; The Beatles. If you don’t know who we’re talking about, it’s time to consult a grandparent. The moptop is an iconic long, shaggy bob popularised in the swinging sixties by the groovy quartet and its cultural impact can still be seen today. This bowl-shaped cut features a long fringe and extends around the head, edging the shirt collar. In recent years, we’ve seen Harry Potter star Daniel Radcliff, Harry Styles, Chace Crawford and a young Zac Efron wear this style shorter and with more layers. Style your modern moptop with our London Grooming Company creme to lock in moisture and keep frizz under control.

The 1970s were a great time for shampoo salesmen, with men growing out their hair to shoulder length. Flaunted by rock bands like Led Zeppelin and Pink Floyd, unruly natural manes were accompanied by short beards, unflatteringly wide pants and a hippie lifestyle. Fast forward forty years and the 70s influence can still be seen with ombré highlights on the likes of Jared Leto, Jason Momoa and those stylishly moody Gucci models. Our London Grooming Company sea salt spray will help you recreate those laid-back beachy, textured waves.

As we know, EVERYTHING was bigger in the 80s, including bad haircut decisions. While the mullet may have seemed all the rage thirty years ago, looking back at photos of Billy Ray Cyrus and U2’s Bono, that ‘business in the front, party in the back’ trend borders on criminal. If the mystifyingly ageless and ultimate gentleman John Stamos couldn’t even pull it off, it must have been a huge faux pas. If you’re still wearing a mullet in 2018, please call us, we know a barber or two who can help you get rid of it and hide the evidence.

What do outdated drapes and men’s hairstyles have in common? Ideally, the answer to that should be nothing, however, in the nineties, window-hanging hairstyles were ‘hella cool’. Heavyweight stars like Leonardo DiCaprio, David Beckham and Johnny Depp sported the style, making it trend worthy. This straight, medium-length haircut is worn with a symmetrical parting and the swishy confidence of a 90s teen heartthrob. The curtain has made a more tousled and less defined comeback on the Hemsworth brothers and The Vampire Diaries star, Ian Somerhalder. If your hairstyle falls into this era, use London Grooming Company’s sea salt spray as a pre-styler, then add control and high sheen with our London Grooming crème

This gravity-defying hairstyle from the noughties is likely still a deep regret for Brad Pitt, Ryan Seacrest, David Beckham and the members of *NSYNC. Bleached to the palest blonde and fearlessly spiked with a depot of hair gel – frosted tips were the biggest fad of the 2000s. This look has surprisingly re-emerged using much less hair product and has more natural, blended highlights. Our London Grooming Company hair clay will help you attain those effortless, Insta-worthy locks.

Modelled on the iconic 50’s pompadour, this modern and more textured take is blow-dried, brushed upwards and slicked back from the forehead with a blended fade or undercut. Add definition, texture and shine to your quiff with our strong-hold London Grooming Company pomade

What era does your hairstyle fall into?